This book / CD combo by Caroline Musselwhite and Deanna Wagner supports poetry response, poetry performance, and poetry writing for individuals with disabilities, including people who use AAC.  The 22-page book is available in .pdf or paper format.  The CD includes:
- The Poetry Power book
- Hundreds of poetry starter ideas in several formats:
• Classroom Suite
• Clicker
• Light tech (Word, including many fillable Word documents)

Posted by Caroline Ramsey Musselwhite at 8:10 AM No comments:

Steve Graham has prepared a 'white paper' that:
A) Documents concerns in the area of writing instruction
B) Lists seven recommendations for writing practices that have 'a proven record of success'.  Graham and colleagues have reviewed the scientific writing literature and identified seven practices that have been validated in four or more studies
C) Describes why and  how to implement each of the seven recommendations. 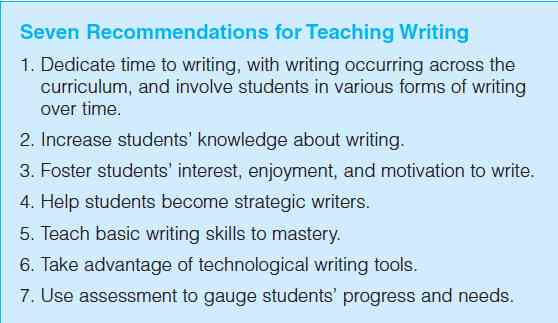 The Edmonton Regional Learning Consortium has a fantastic Literacy for All project, including many wonderful online resources.  When I was there in 2012, they videotaped me, then created amazing, high-quality short videos.

In the video below, I talk about attributing meaning to student attempts during both reading and emergent writing.  Please share! 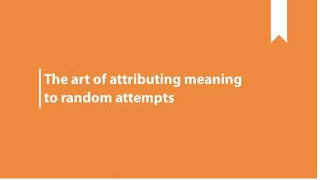 My very creative friend Heather set this up for her son Luke.  This large ABC board is easy to recreate.  She used:
• Whiteboard
• Markers
• 2 Sets of Magnetic Letters (one color for vowels, second for consonants)
• Laser Pointer

Heather simply drew the frame and added the letters.  She has ‘extras’ of each letter.  If Luke chooses the letter B, she takes the duplicate B and uses it to help him write.  This is a great way to use magnetic letters, but to make it VERY clear that they are part of the full alphabet! 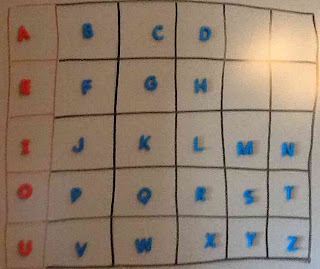 AT Boot Camp In Arizona

Here's a series of three workshops in Phoenix in 2014. Hope you can join us! 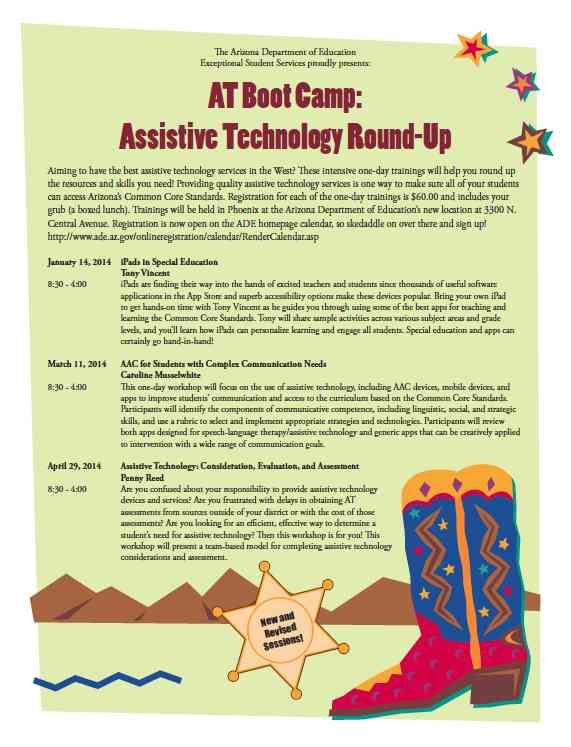 Posted by Caroline Ramsey Musselwhite at 8:51 PM No comments:

Thanks so much to Shelane Eilertsen Nielsen for sharing these photos & words about Josh’s Take-Along Talker.

Needless to say, we recommend having the iPad OFF when kids are riding, and only turning it on when stopped to chat! 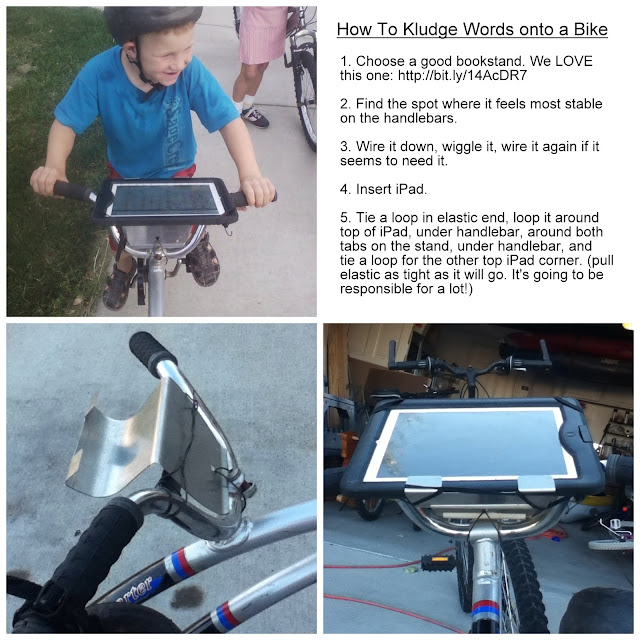 Posted by Caroline Ramsey Musselwhite at 10:32 AM No comments:

Hi everyone, I’m a little bit early on my blog. I am in the hospital and I’m about to have surgery. Then it will be a long recovery for me. I will be having surgery on July 8. It will be on my neck so for a week I won’t be able to move my head. I don’t know what will be from there. So if I don’t write something in August, I hope you all will understand that I am recovering.

Anyway, someone wrote me with a question. I am excited because I feel this is a question that I can answer.

Where do I start or have you ideas about how the group could run? Is there a curriculum I can follow?

Any suggestions would be greatly appreciated.

Snoopi's Response
First of all, Prentke Romich Company (PRC), has a couple of books. The only one that comes to my mind right now is a book called “Brown Bear.” They have several other books as well and what they have done is, they put an icon on every page of the book. What you do is you open the “Brown Bear” page on the device and it shows the icon. Then all you do is push the icon that goes along with the icon in the book. The device will then read the story.

When I was living in Wooster, Ohio, I had an awesome experience reading books to children. I did something that was similar to PRC’s. I put a page under every icon, but I used voice changers if there was more than one character in the story. I had every character have their own voice. When it was time to turn the page, I had Whispering Wendy say “Turn the page.” It was so cool! After I was done reading the book, they all wanted to read the book again. So I ended up passing around my device so that everyone could have a turn pushing icons and reading part of the story. And to add to it, the classroom had stuffed animals that went along with the story. We ended up passing out the stuffed animals and it became more like a play.

So if you are introducing children to writing a play, you might want to start with something like that so they get a fun idea of what a play is. In my mind, it should be fun the first time. That way it will get everyone’s interest and maybe you can work from there. Talk about different kinds of plays and how to build a story. You may want to start with having them make up a play from an event in their own lives. That way you already have a storyline and all they have to do is put in what everyone says. La la, you have a play.

When it comes to poetry, poetry is one of my favorite subjects. Let me tell you one of my favorite times writing poems. I was part of a poetry contest and what they did was put on music so everyone could write whatever popped into their minds. However, we were already poets so it was not an introduction to poetry. I was so inspired by the music that my poem was one of the leading poems. So you might try that after you introduce people to poetry.

In my mind, it’s very important to tell people that there are different types of poems. Some have a rhyme with every line, some have a rhyme every other line, some of them don’t rhyme at all, and there really is no rules for writing poetry. It can be very short or very long, it all depends on what you want to express. What I would do is introduce everyone to one style of poetry at a time and then try to write in that style. And don’t make anyone feel bad if they can’t write in a certain style. Everyone has to find a style that works for them. And when they find that style, they might run with it.

I hope this was helpful. Depending on how I feel in my recovery, I might not be writing in August. But feel free to send in your questions.
beroberts@hughes.net

Thank you and I hope to be writing soon.

Check out First Author Writing Software from Don Johnston – it’s designed to support exactly the students you are talking about!
http://www.donjohnston.com/products/firstauthor/firstauthorsoftware.html

And I agree VERY much about using poetry.  It’s very quick and easy to be successful!  Check out the Poetry Power book & CD at my website:
www.aacintervention.com

Posted by Caroline Ramsey Musselwhite at 10:24 AM No comments:

Caroline Musselwhite & Deanna Wagner will be presenting the kick-off workshop for the 2013/14 Balanced Literacy Club!  This full-day workshop is very inexpensive and open to the public, but space is very limited, so sign up early!!  Click on the link below to download a flyer! 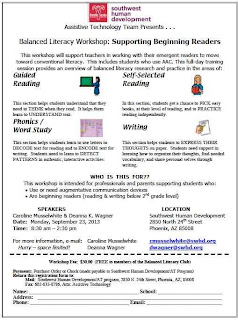 Posted by Caroline Ramsey Musselwhite at 1:53 PM No comments:

SEMIPHONETIC SPELLING . . . DOES IT HELP??

I was floored at a workshop about a year ago when someone asked me if it really ‘matters’ that students with multiple disabilities have moved from being ‘precommunicative’ (i.e., making random marks and scribbling without meaning) to being ‘semiphonetic’ spellers.  According to Gentry (Monster Test,1985):

SEMIPHONETIC SPELLERS know that letters represent sounds. They perceive and represent reliable sounds with letters in a type of telegraphic writing. Spellings are often abbreviated representing initial and / or final sound. Examples: E = eagle; a = eighty.

My initial reaction was to say, ‘Of COURSE it matters!!’  Then I forced myself to let reason rule over passion, and to really think about it.  The question was asked in reference to a high school student, who had previously had no use of the alphabet.  Instruction was started at the end of high school, and he made great progress, being able to master most initial sounds in words.  But . . . did that truly make a difference in the quality of life for that student?  And would it matter for others??

I’ve been collecting ‘evidence’ for the past year, and the answer is a resounding YES, especially for students who use augmentative communication.

Here are a few examples of how learning to correctly represent initial sounds have supported some students I know (all names fictional to preserve privacy):

Elena, age 9, was able to:
• Name her doll, but first selecting the letter Q from an alphabet flip chart, then looking at multiple post-its with possible names (Queenie was the result!)
• Initiate conversation about a new hair color of a therapist by going to her alphabet flip chart, spelling R, glaring at the therapist until the partners guessed, then going to the device and saying LIKE, LIKE, LIKE
• And other examples way too numerous to mention 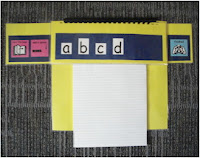 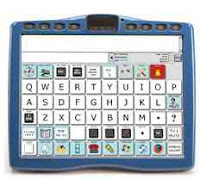 Many students in Mrs. Susan’s class are ‘Voting by Letter’ (see Tip of the Month at www.aacinterventioncom / February, 2010).  In this way they use first letters to vote for:
• Books (about volcanoes or hurricanes)
• Friend to sit with them at lunch
• What game to play
• What to do during recess (Walk / Gym) 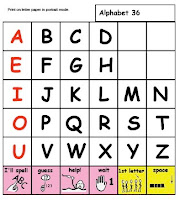 A number of students have successfully learned Initial Letter Cueing in which the student who tends to omit or distort initial consonants uses a cueing chart to supplement oral speech by:
• Indicating the initial sound
• Tapping to show the number of syllables in the word.
See the August, 2006 Tip about Initial Letter Cueing at:  www.aacintervention.com
:
This has been so successful that after one frustrating experience at a fast food place, one 7-year-old told his Mom, “I’m never leaving home without my letter board.”

So, “Yes, Virginia, there IS a place for semiphonetic spelling!”

P.S. In my experience, most students who develop semiphonetic spelling go on to become phonetic spellers and beyond!!

Posted by Caroline Ramsey Musselwhite at 2:16 PM No comments:

Now I want to share something that I find very exciting. Some of the newer communication devices have built-in Bluetooth audio and I totally love this feature. In my own opinion it is the best feature ever! For me, I am an entertainer and I don’t like putting a microphone up to my communication device because I feel it distorts the quality. I am sure some of you feel the same way and I have been at events where people have to hold a mic up to a device. I never asked anyone but it has to be both embarrassing and distracting. Not only that, but some people don’t even know where to hold the mic.

With Bluetooth audio, it allows you to send the audio right to a speaker or a sound system without any wires. That means you can move around and you can be totally independent when you are doing a talk or a song. I use it a lot.

What I think most of you may be interested in is they have a small Bluetooth speaker for $39; the quality is awesome and the volume is loud. Some of you who have a device on a laptray and the built-in speaker is covered up, you might find the Bluetooth speaker a nice option because you can put it anywhere you want it. It will also be a lot easier for everyone to hear what you are saying.